As the jewel of the top of the manufacturing crown, the robot industry is undergoing profound changes.

The 2017 World Robotics Congress officially opened in Beijing on the 23rd. Following the debut of the "Songuo" series of service robots in 2016, Xinsong Robotics Automation Co., Ltd. ("Xinsong Robot") and Intel Corporation once again teamed up to launch the "Songkang" bed and chair integrated robot for artificial intelligence and robotics. The combination extends from industry to life scenes.

Qu Daokui, president of Xinsong Robot, revealed in an interview with People's Daily that using robots' various technologies to perceive the network of robots will form a new system solution for life processes.

However, when the development of robots is so hot, Qu Daokui pointed out that there are three potential risks in the Chinese robot industry: one is technology hollowing out, the other is low-end application, and the third is market marginalization.

Qu Daokui found several key data to illustrate the huge problems of Chinese robots. First, the robot technology level, the complexity of the robot, the production of multi-joint robots accounted for 90% of foreign companies; the second is the difficulty of robot operation, now the robot is more reflected in the welding, accounting for 84% in the field of welding; the third is the industry Application, the current high-end applications of robots are mainly concentrated in the automotive industry, and foreign companies account for 90% in this field.

According to industry statistics, there are more than one hundred listed companies with robot concepts in China, and there are thousands of large and small enterprises related to robots. And this is not more than 10% of the competitiveness, and most of them are in the low-end applications, which poses a huge risk to the Chinese robot industry.

A researcher who has been engaged in robot research for many years said that many Chinese companies in the mainstream market can't get in. Many companies in China or most of them are lacking in the core technologies, core components, and critical technologies of the sensing system. The application of low-end and market marginalization will make our market a stage for foreign companies.

Qu Daokui also said that this kind of crisis on the other hand forced domestic robot companies to enter new fields in advance.

Qu Daokui believes that the mission of traditional robots is to support the first three industrial revolutions, just the scope of mechanical equipment. These areas have been occupied by foreign robotics companies and are not substitutable. However, the fourth industrial revolution must have a new generation of robot support. It must meet the new requirements of data, network and cloud to meet the connection of objects and objects. Therefore, there is a big change. We call it a new generation of robots. Chinese robots want to get rid of the crisis, they must first jump out of the traditional category and directly in the new robot field.

In his view, the new robot also needs three aspects of support, technology-driven, market-oriented, and manufacturing model innovation. Chinese companies must focus on the research and exploration of the new robot field, and research and develop the characteristics and requirements of new robots. The new robots have more outstanding performances in terms of intelligence, perceptibility and interaction, and they are more human. There will be a broader market space in the service sector.

This requires the company to continuously improve its ability to judge and adapt to the market. Where does this capability come from? Qu Daokui believes that relying on the market alone, he will be fully integrated into the market.

Qu Daokui believes that in the process of innovation, it is impossible to build a car behind closed doors, and it must be combined with market applications to provide conditions for innovation. In the end, we must form a complete industrial chain system. The formation of this industrial chain system relies on a shared resource sharing platform. Xinsong adopts the strategy of “endogenous + extension” and uses the power of capital to integrate the current technical strengths and needs of various aspects. This platform can be used in technology and demand. Get the shortest distance.

Statistics show that there are more than 30 robot-related industrial parks built or proposed in the country. In terms of investment quota, the planned investment of the existing local robot industry park by 2020 will exceed 500 billion yuan. Qu Daokui said that Xinsong or the construction of such a park across the country should be no less than 10.

In 2017, Xinsong Investment, a subsidiary of Xinsong Robot, has signed contracts with various regions and has deployed various regions at home and abroad. It is understood that Xinsong has been in close contact with local development zones and industrial parks since last year to promote its layout in the industrial sector across the country.

“Robot Industrial Park and Intelligent Industry Innovation Service Platform have become the platform for Xinsong to enter the market directly. This platform can test the fastest test of technology and products, and also the source of channels for obtaining market demand information.” Qu Daokui said.

Robots should no longer rely on subsidies to survive

Qu Daokui said that from the perspective of the development of the robot industry, it is no longer possible to borrow the old methods of financial subsidies to develop the robot industry. It is time to abandon the short-board thinking. Xinsong is building a technology platform, talent platform and capital platform to improve its robot ecosystem.

In May this year, after investigating the “Changzhutan” industrial system, Xinsong invested in the construction of the Robot Industrial Park in Xiangtan and signed contracts with Xiangyang, Luoyang and Shijiazhuang. Two weeks ago, Xinsong signed a contract with Suzhou to build a future technology city. The project, the reporter learned from Xinsong, Xinsong will build a robot platform in Guangzhou after the World Robotics Congress.

Qu Daokui believes that in addition to the core platform technology and common technology of the robot industry, it also needs state-led R&D. In terms of application, it can fully promote marketization, allowing enterprises to judge market demand and make full use of market resources to make self-adjustment.

According to a report released by market research firm Market, the global robot market is expected to reach 23.9 billion US dollars by 2022, and the compound growth rate will reach 15.18% from 2016 to 2022.

According to Qu Daokui, the number of robots has so far been less than 2 million. And China's annual automobile production is 20 million units.

"The robot is almost negligible as an industry or product. This on the other hand also shows that this huge market has not really opened yet." Qu Daokui said. 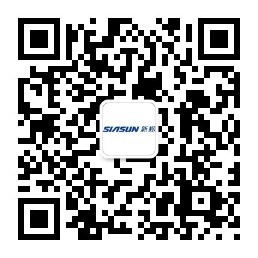